Impressive and already iconic superyacht SEA EAGLE II built by Dutch shipyard Royal Huisman has been performed her sea trials with the expected success.
SEA EAGLE II will be ranked among the top 10 of the world’s largest sailing yachts. Upon delivery to her Owner this spring, SEA EAGLE II will be the world’s largest aluminium sailing yacht.
Together with Dykstra Naval Architects and designer Mark Whiteley, Royal Huisman made this grand aspiration into a striking reality, keeping their promise of “If you can dream it, we can build it”.
Through our partner Carbolink , supplier of the standing rigging "CL SOLID" , Ocean Data System was able to implement its solution TenSeaZy/FO for the tensile measurement of the 24 shrouds of the 3 masts with 4 spreaders. The loads in the carbon cables, measured by optical fibres transducers, are wirelessly transmitted to the monitoring system.
We are proud, thanks to the qualities of our solutions and our expertise, to collaborate on such challenges and to be able to respond to this kind of demanding projects. 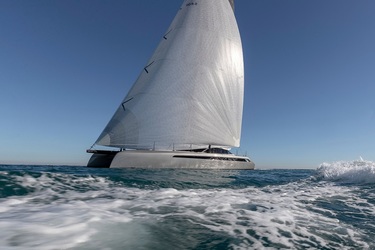 The latest Catamaran of the Gunboat shipyard, the Gunboat 68 Condor is equipped with the Ocean Data System's UpSideUp Master solution. On the 4 Gunboats-, 3 are today equipped with our UpsideUp solution. The system developed in this project includes anti-capsize, loads control, wind gusts management and data logging functions. The commissioning and sea trials carried out, Condor left La Grande Motte - France for her first transatlantic, she arrived in St. Barth safely with a fully operational UpSideUp system that hold all its promeses.
Photo credit Gilles Martin-Raget / Gunboat 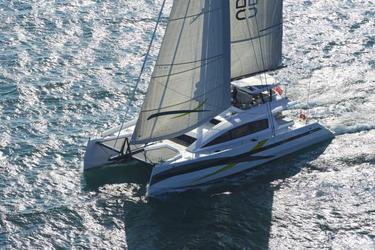 This gorgeous catamaran is the second one to be launched in Long Island 85' serie.
Built in JFA Yachts yards and designed by Marc Lombard, she is now ready to leave to sail between Artic and Antartic oceans.

Ocean Data System brings its skills and solutions to that wonderful project. The rigging is entirely equipped with load sensors. The monitoring allows the crew to have a permanent look on the strengths in the rig. Thanks to alarms and automatic release of the sails, the yacht is secured. And our NDR solution saves all sailing data and activity historics. 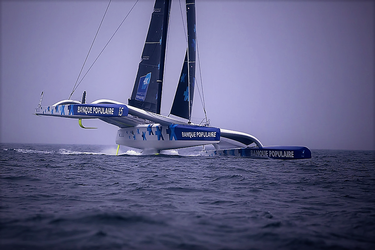 The Maxi Solo Banque Populaire IX is a trimaran belonging to the Ultim 32/23 category. The architect VPLP and the Banque Populaire Team have used their shared knowledge of the maxi multihulls to design a flying boat, powered by its foils and coming from future times. Ocean Data System has again modestly contributed to that true concentrate of technology.
The UpSideUp solution is of course an significant tool to secure both man and equipment. It also brings great satisfaction to manage the trimaran 's performance.
Monitoring, flooding detection, man over board management, anti capsize and strength control are the well estalished specifications of UpSideUp set up for the Ultim trimarans. 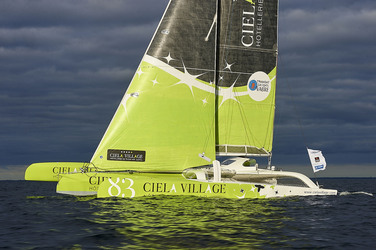 This is the first one of that new generation of multi50 trimarans to be equiped of monotype foils system. She keeps all her promises in terms of performance, sea keeping qualities and versatility.
But those type of boats remain very capricious and unstable. That is why it is essential to bring more and more security on board. Thierry bouchard trusts in our UpSideUp solution to deal with anti-capsize and heeling limiter thanks to automatic pilote.
And it is also a great benefit for performance and serenity of the skipper during solo sailing. 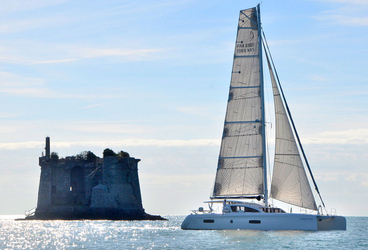 During his stop over in France, Doug Hibberd has chosen Ocean Data System to equipped his Outremer 5X WILDLING with a complete UpSideUp solution : UpSideUp Master central unit, 1 TEPSS T20RLC for remote release and measurement of the strain on the main sheet rope + 4 BCam for foresails remote release, and also the MOB function using automatic release of the Jonbuoy. Additional options such as management of shallows and wind gusts have also been installed.
That is the most recommanded configuration especially for sailing with family on board.
Do not hesitate to have a look on the remarkable blog of Doug Hibberd. 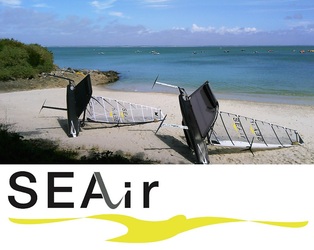 SEAIR, company with both an engineering department and a design office dedicated to the foils, contacted Ocean Data System to better understand the "flying" boats, by using our knowlegde to collect and store data, depending on the foils used on the projects Moth with Foil and Mini 747. 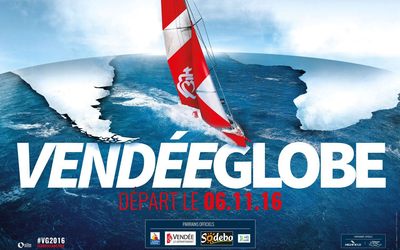 CKM (Canting Keel Manager) is designed for monohulls equipped with a canting keel, operated by hydraulic or electric system.
Despite the new one-design rules, 7 skippers, out of the 29 racing the Vendée Globe, are using CKM or the previous system Keel Control to manoeuvre their keel:
Comme un seul Homme, MASCF, One planet One Ocean, SMA, Bastide Otio, Great American IV. 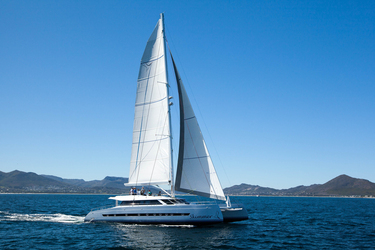 Built in South Africa, the Open Ocean 740 Performance Cruising Catamaran is a functional sailing catamaran that has been designed with a tall rig, carrying a large sail area, and a deeper keel and rudder to offer better-than-average levels of performance.
To monitor the rigging efforts, 2 load cells have been integrated to the shrouds, along to a complete UpSideUp system. 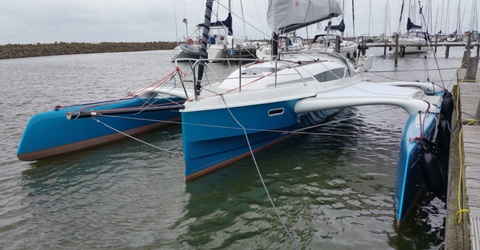 This cruising trimaran can go faster than 20nds, however it can be sailed single handed.
To increase his safety on board, the owner has installed an UpSideUp system with "man overboard" management, including a Jonbuoy and individual beacons. 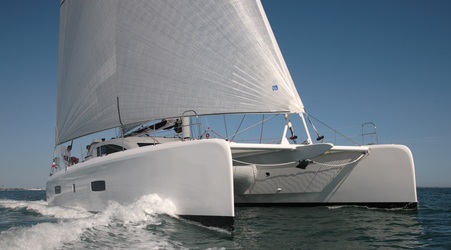 Distinguished, fast, fluid, reassuring, the 5X is the new flagship of Outremer Yachting, and it has been awarded "European Boat of year 2013" by the journalists of 11 countries.

Several boats of this series have onboard an UpSideUp system, like the #14, launched last spring, with a complete UpSideUp solution installed, including the MOB option and management of the autopilot, along with the standard anti-capsize function. 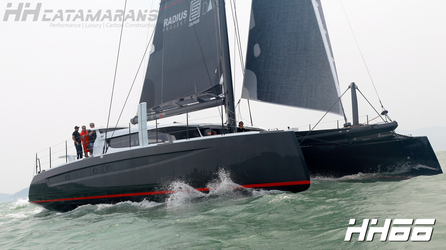 This catamaran is made for fast cruising in a luxurious environment.
The solution UpSideUp integrated on board manage the efforts into the rigging and acts on the Mainsail in case of exceeded threshold. 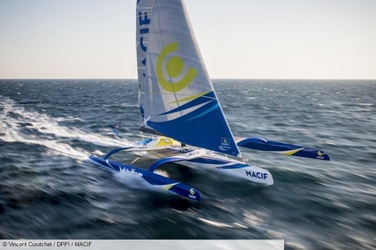 François Gabart and his team trust Ocean Data System to develop custom functions on the UpSideUp equipments installed onboard this outstanding trimaran. 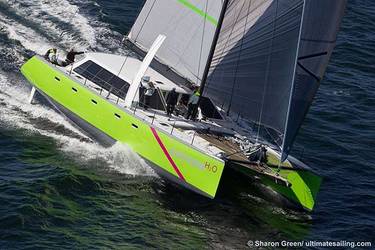 Racing or fast cruising catamarans with foils, the 66' exceeds 30nds in top speed and flies with 20 nds of wind and a flat sea.

The UpSideUp system has been chosen to increase the crew's safety onboard those outstanding boats. 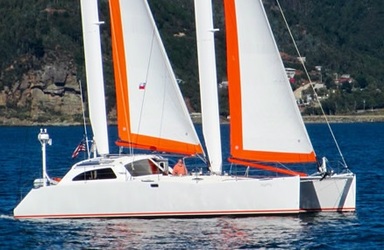 Built in Chile, this Atlantic 47 MastFoil™ is the 7th of this series. The owner has chosen to increase safety onboard by installing an UpSideUp easy main unit, linked to 2 TEPSS (remote shackles) acting on the booms when heel threshold is overtaken.

So What - Rêves de Luxe 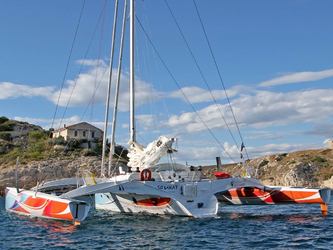 Trimaran built for fast cruising and charter sailings (available on "Rêves de Luxe" website), crew' safety has been improved with personal beacons linked to the UpSideUp system, on top of the usual functions, like the sheets release when the heel angle is over the predefined threshold. 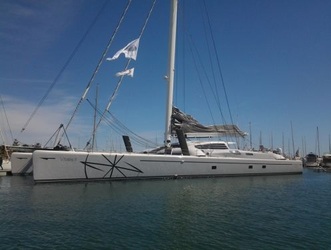 To transform a racing legend into an unltra-fast cruising catamaran, here is the challenge raised by Multiplast shipyard. Of course, the boat was weighed down by 20 tons with the platform transplanted at the back of the main beam, but the boat can still reach 20-25 knots of speed.
To secure the rigging, the efforts are measured on 7 different points and analyzed thanks to UpSide Up solution, before being visible on a remote screen at the steering position. 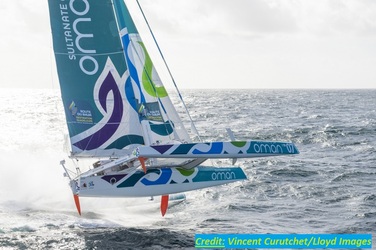 To increase skipper's safety when single handed, an UpSideUp system has been installed on board the beautiful VPLP design, before the 2014 "Route du Rhum".

Thomas Coville is the skipper of this oustanding trimaran, and Ocean Data System developped custom functions and adapted the UpSideUp system before the "Route du Rhum" 2014. 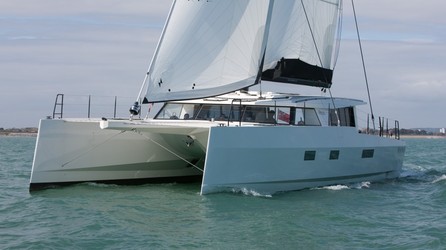 A new look at fast cruising, the Rapier 550 brings together an incredible combination of high performance, high specification and radical new design.
With its self tacking headsail, powered reversing winches, and all controls at the enclosed helm, the 550 is perfect for single handed or shorthanded sailing, especially with an UpSideUp system installed onboard. 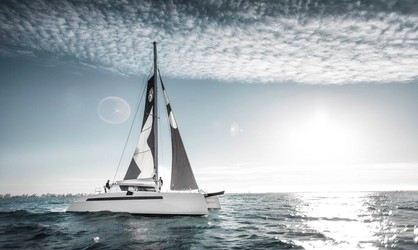 The Alibi 54 ' is a fast cruising catamaran, easily sailed singlehanded and very comfortable at sea. #3 of this series embarked an UpSideUp system to complete its safety equipment before its world tour. 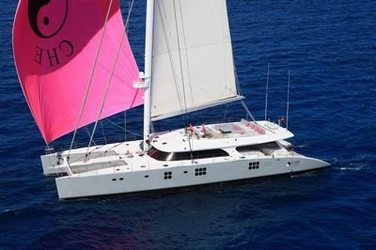 This outstanding luxury 114' catamaran, built by Sunreef Yachts, has onboard a complete UpSideUp system to monitor the rigging (12 measure's spots) to control in real time all the efforts, on top of the standard functions. 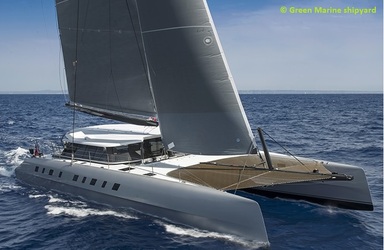 This catamaran has been designed to combine racing and cruising characteristics on the same unit.
The complete UpSideUp solution installed onboard has been improved with the function "mast rotation" when jibbing. 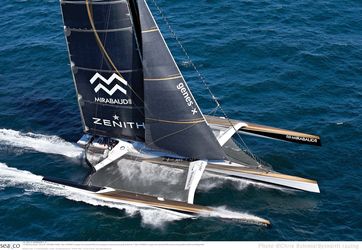 On this trimaran of multiple records, safety is essential to the team: the UpSideUp main unit has been linked to the personal beacons of every crew member and Jonbuoy, as well as a direct connection with the software Adrena for a clear visualization of the course to follow for an efficient MOB recovery.

This boat is a luxury catamaran with high-performance. An UpSideUp system is installed to increase onboard safety, especially with the custom function "double triggering on mainsheet and jibsheet, lateralisation for traveller/genaker sheet"... 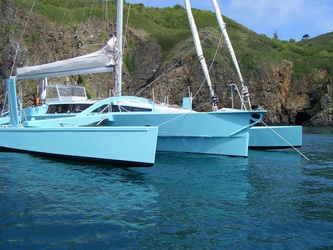 Trimaran designed for family cruise, this Lucas 40 has an UpSideUp Easy main unitinstalled onboard, along with electronics to receive regular and complete forecast files: the choice for safety and serenity while sailing. Fair winds, "Sesame"! 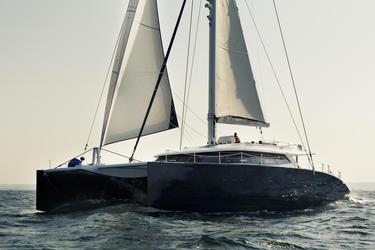 The boat is designed to reach easily the cruising speed of 15 knots but he can also sail up to 20 knots. To secure the rigging, sensors have been placed in the shrouds, the fore stays, and the foot of the mast; all the data are processed by the UpSideUp Super Yacht main unit, and visible via the Control Center on the main computer screen.

Ocean Data System is in charge of all the electric, electronics and computing equipments on board; a complete UpSideUp system has been installed as well, with custom functions to answer the skipper expectations.